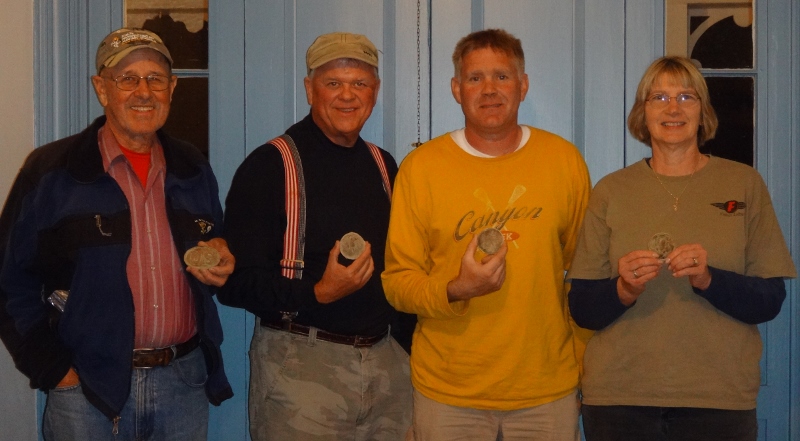 These 4 plates were dug in about a 30 minute span during a feeding frenzy. Bullets and other artifacts along with these plates were flying out of the ground. It was a very very exciting half hour of team hunting. The prize winners are CaliforniaGeorge-Box Plate, FloridaRob-Eagle Breast Plate, MarylandScott-Eagle Breast Plate and PennsylvaniaChristy-Eagle Breast Plare.
30 minutes of a thrilling hunt.... November 4th, 2014 was the third day of our Virginia History Hunt. Almost the entire team started out on the same field and hunted the immediate area for a few hours with not much success. Keep in mind we were kind of exploring fields that may or may not have had any history at all as far as Civil War activity goes.  Just about 6 months earlier I had popped a Civil War era ring and a Minie Ball just about a half mile away on another field. MarylandRon and myself decided to walk to that same field and give it a shot. Ron took one side of the field and I headed to the other side which was the spot of my ring find. It was almost lunch time but I managed to pop 3 Minie Balls before lunch. As a group we always inform each other of finds as we share spots with each other. The rest of the group decided to join us after lunch so most of us headed to the spot where I had some success. We started popping bullets right away and then the excitement began when CaliforniaGeorge dug the incredible Box Plate which was over a foot deep. It came out of the ground almost in perfect condition in a nice chocolate color, untouched by a plow. We all admired it but quickly began to detect as now we know of the potential. Not 10 minutes later I get a signal of 10-38 on my detector only about 30 feet from Geroge's find. I dig down about 6 to 8 inches and think I see a can top in the bottom of the hole. As I retrieve it I instantly know it is no can top as it was very heavy and had the Eagle on it. I was stunned in disbelief.  I had just popped my very first Eagle Breast Plate. Of course I radioed the others and they came a running. Lots of congrats and back-pats but that was to last only a few minutes. It became like a feeding frenzy as everyone was detecting the immediate area. MarylandScott get's the same signal I had gotten just minutes earlier and was speculating he might have a Breast Plate in the hole. As he dug his Breast Plate PennsylvaniaChristy would be digging another one just about 4 feet from Scotts. Both would pull beauties from the ground. It all happened in about a 30 minute time span. It may be the most thrilling 30 minutes of relic hunting that I have ever experienced, finding my plate and sharing in the excitement of the other plates being recovered in that 30 minute period after they had been resting in the ground for over 150 years.
Below are pictures of my individual finds. I just cannot get enought of my Breast Plate.

3-Ring Minie Balls. Notice the lower 2 have been melted by heat. I dug them in a campsite, the same place I dug my Breast Plate.
Live Video. Bullet dig 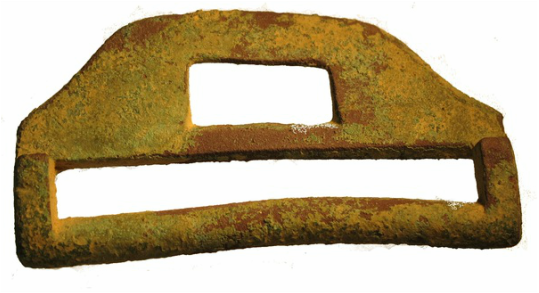 This is a great find! It is called a "Keeper". It was attached to a sword belt and would latch onto the sword belt buckle. Sure wish I could have found the sword buckle along with it.
Live Video "Keeper" buckle 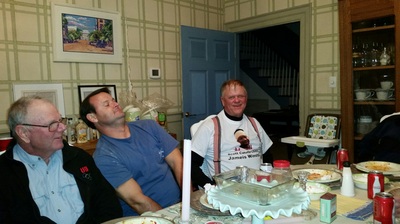 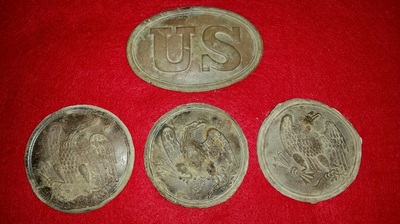 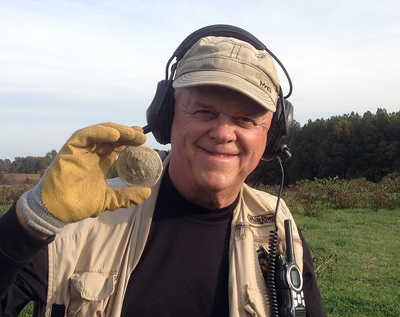 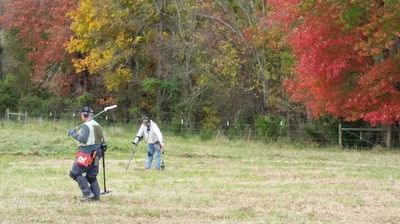