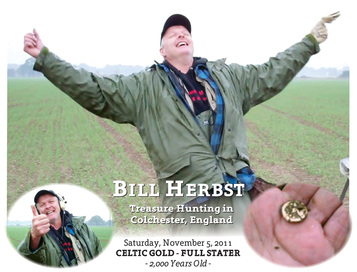 CanadianBill finds his first Celtic Gold coin. Video below.
It is very rewarding and great fun to metal detect in England. Of course the "finds" are incredible and the fellow hunters I have met are incredible as well. They are all professionals and are the best detectorists in the world. Each metal detecting group to Colchester usually consists of 7 people. The average hunt lasts any where from 1 to 2 weeks so you spend a lot of time with each other and you inevitably develop friendships. On my third tour (this page of finds) I had the privilege of meeting and hunting with Bill Herbst (CanadianBill). He, like most of us are in search for a gold coin in the fields of England. This would be Bill's 10th trip and he was still without his first gold coin. But that was about to change and I was lucky enough to be right by Bill when he unearthed his first. It was quite a thrill for him and for me. Here is a quick summary of his Celtic Gold Coin find.

I was about 100 yards away from Bill when he unearthed that beautiful Celtic. Even with my headphones on I heard Bill yell out a very very loud "YES!". Just the way he yelled out made me realize he had found the Celtic that he was on a mission to find. The moment I heard him yell out I grabbed my FlipVideo out of my vest pocket and was recording in less than 10 seconds. As you can see from the photo which was made from the video it was truly the moment. You can't fake the expressions of shear joy on Bill's face. It was exciting and thrilling for our team too as several of us were close by. Luckily the entire moment was caught on video. Before we left England I told Bill that I would make him a copy of the video and send it to him which I did. After I got home I must have watched the video 20 times as it was fun to relive the moment. The nice thing about a FlipVideo is that it is High Definition and enables you to be able to take any frame and make a decent quality photo from it. I decided I wanted to make Bill a photo to go along with the video, so I did that too. It was neat as I could pick any frame out that I wanted to use and there were plenty of frames I could have used. I couldn't decide on any one shot and that gave me the idea to combine a couple shots. It was fun making the photo and I knew Bill would appreciate it a whole bunch which makes it all worth while. It was truly thrilling just to witness the find and a memory that I will cherish as well. Even though this is not my find, I just had to post this on my site as it was a thrill of a lifetime. Please check out the live video below.

Enjoy some pictures from Trip number 3 in Colchester, England.
Below are my export papers from this hunt showing a complete list of all my finds. 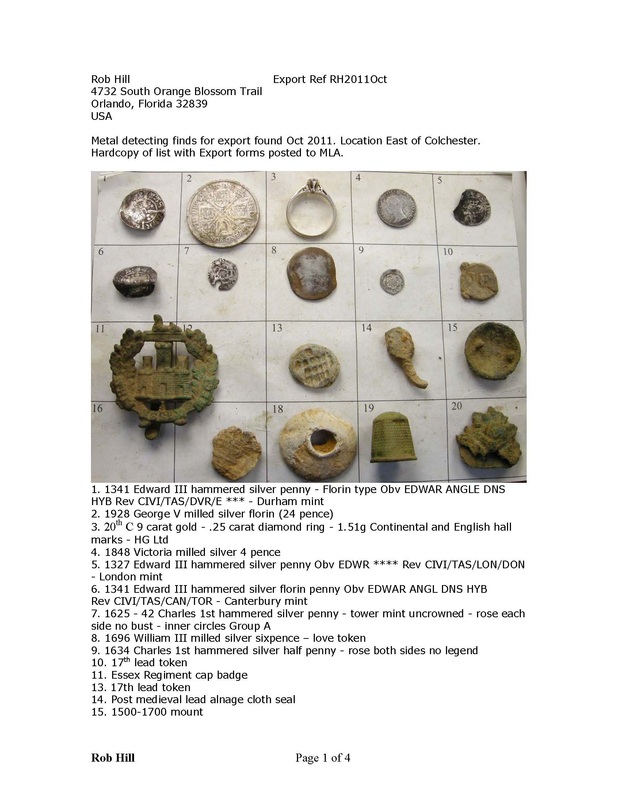 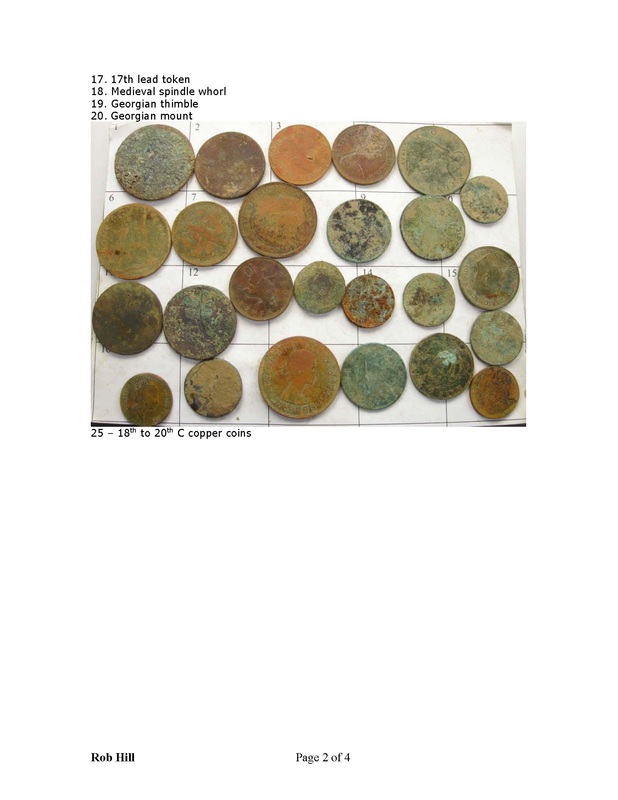 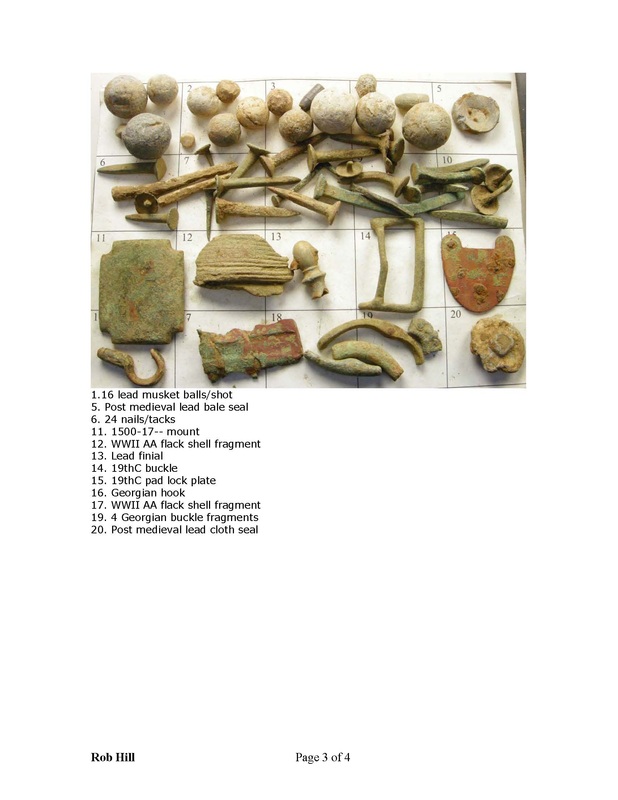 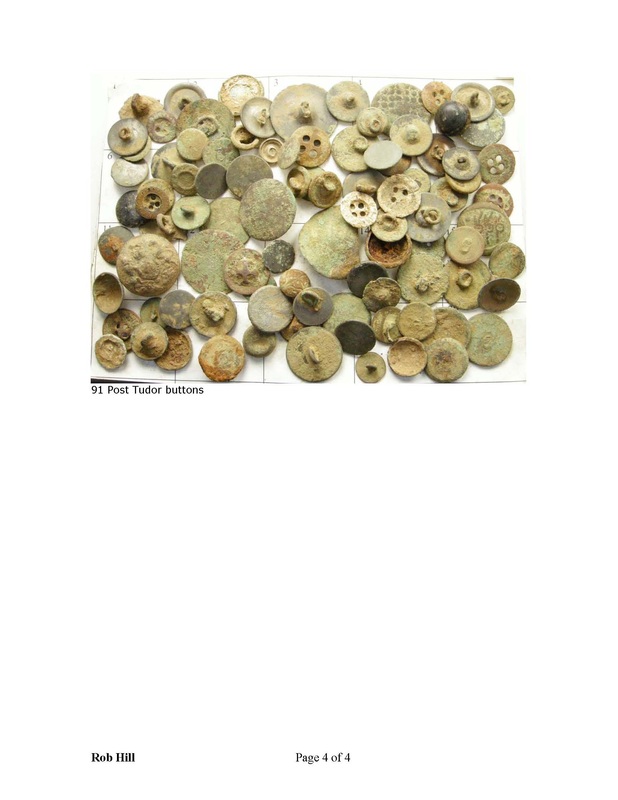