Roman Silver coin..........Almost 1,800 years old!
Cooked debased Roman silver coin - sent off for final ID now I have cleaned up obverse Now that you have it more cooked, I can see what the major problem was with my original guesswork. This isn't Tetricus or any of the Gallic emperors. Although I still can't read the legend with any certainty, on the strength of the portrait, I'm 90+% certain this is Philip I "the Arab", 244-249 AD. It also seems to be a higher-silver alloy than would be found in a Gallic Empire piece 20 years later. This alloy would be consistent with the time-frame for Philip.
Here's a very similar-style Philip portrait on a billon antoninianus - I don't have anything this degraded photographed at the present time, but I think you'll be able to see why I believe this is Philip.
http://www.stoa.org/gallery/album102..._Nobilitas_ant
Although any detail I thought I saw on the reverse seems to be gone now, it may be that the reverse is something like this SAECVLARES piece issued for the Millennium of Rome in 248 with a cippus - or low column or plinth design.
http://www.stoa.org/gallery/album102...Saeculares_ant
Mark
4thC Roman bronze coin sent for ID
The city commemoratives - in honor of both Constantinople and Rome - are contemporaneous with the ubiquitous GLORIA EXERCITVS, 2 soldiers flanking 1 or 2 standards issues. Each has an allegorical representation of the city - as a relatively similar-looking helmeted and armored woman - facing left on the obverse - one has the legend, CONSTANTINOPOLIS, the other, VRBS ROMA. The Constantinople type had an anepigraphic reverse showing Victory, carrying spear and shield, in the prow of a galley. The Rome version has the anepigraphic Shewolf & Twins reverse. These two types were introduced in 330 AD to announce/commemorate Constantine the Great's re-founding of the city of Byzantium as Constantiople, his new Imperial capital. Both types were struck until his death in 337, and the obverses were resurrected with single-standard Gloria Ex reverses at a number of eastern mints in the late 330's and early 340's.
Mark
Live Video..Hat badge Find in London
Live Video. 1886 Milled Silver
Live Video-Bale Seal Find
Enjoy some pictures from Trip number 4 in Colchester, England.
Below are my export papers from this hunt showing a complete list of all my finds 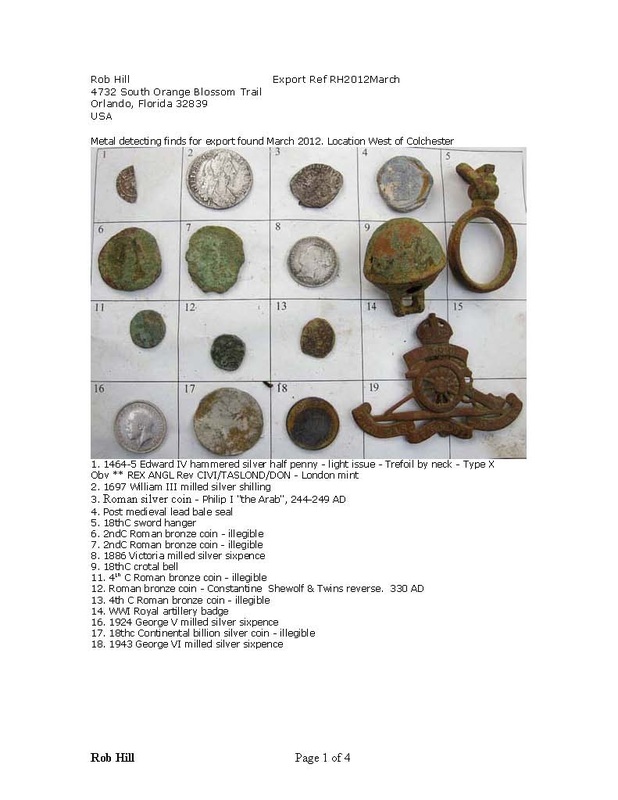 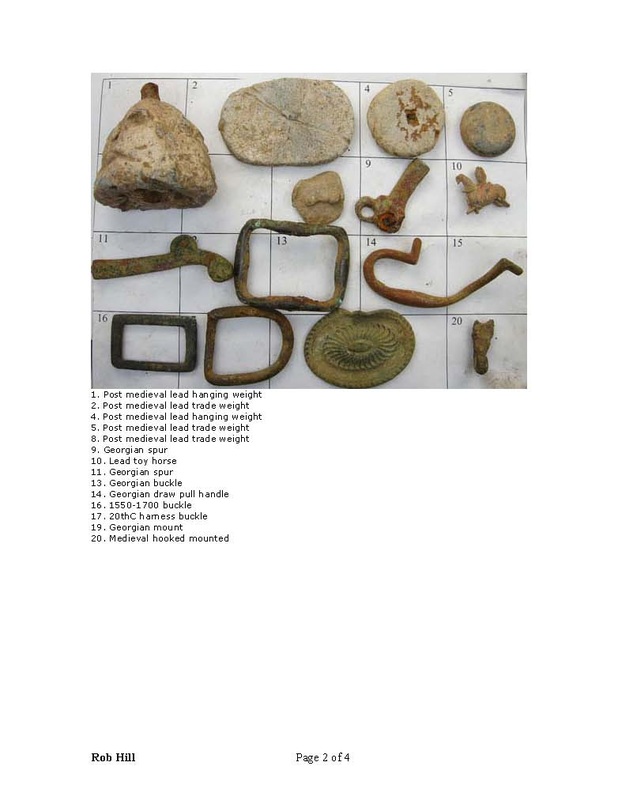 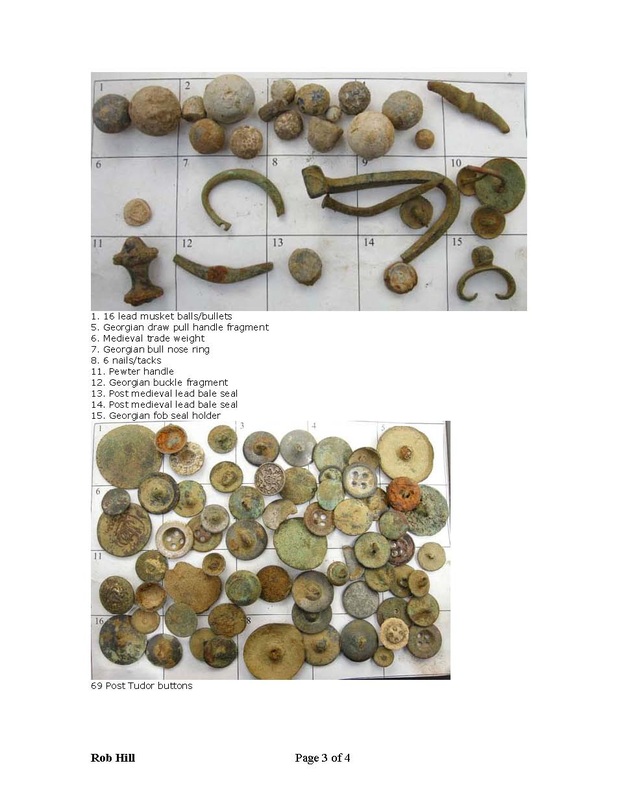 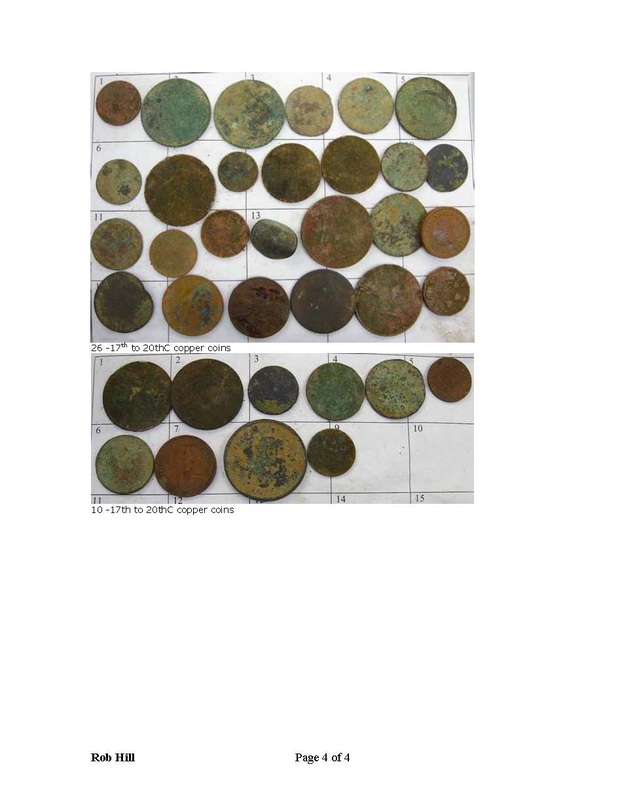